What is Electromagnetic Compatibility (EMC) Testing?


EMC/EMI testing is a critical step in the design and manufacturing processes of electronic devices. Various regulatory bodies, including the FDA, FCC, and ISO, have set specific limits on the emissions that can be released from an electronic device. These EMC (electromagnetic compatibility) regulations provide improved reliability and safety for anyone using electrical and electronic equipment because they assure the device does not interfere with the operation of other equipment or fail to operate as intended due to interference from others emissions. Failing to pass EMC compliance testing can result in fines and product recalls.

So purchasing instruments that can spot potential EMC/EMI issues prior to EMC testing is worth the investment.


Though EMI and EMC are very similar, there are a few differences between the two.

Sometimes called radio frequency interference (RFI), electromagnetic interference (EMI) occurs when electromagnetic energy disrupts the operation of an electronic device. The source of EMI can be man-made, such as other electrical devices like switch-mode power supplies, personal computers, or naturally occurring, such as electrical storms, solar radiation, or even cosmic noises.

Electromagnetic compatibility (EMC) is the ability of a device to operate as intended in an environment with other electrical devices or sources of EMI without affecting those other devices. A device is said to be EMC-compliant when it does not influence the electromagnetic environment to the extent that other devices and systems are negatively affected.

What is EMI and EMC testing?

When electronics are submitted to EMC testing labs, there are many types of EMC tests these labs run. Generally speaking, EMC testing is divided into two categories: immunity testing and emissions testing.

Immunity testing is the process of transmitting RF energy onto a device under test (DUT) (also referred to as equipment under test or EUT) to determine if the DUT/EUT operates correctly when in such an environment.

Radiated emissions are the intentional and unintentional release of electromagnetic energy from an electronic device. A radiated test is performed to ensure emissions emanating from the DUT or EUT comply with the applicable limits.

Conducted emissions are the coupling of electromagnetic energy from a device to its power cord. Like radiated emissions, the allowable conducted emissions from electronic devices are controlled by different regulatory agencies and testing is performed to ensure emission levels are below the applicable limits.

EMI/EMC testing is part of the product development process and testing is mandatory in most markets. Though all electronic devices are subject to EMC testing, the following are some of the most common applications for EMC testing and standards that devices and equipment need to meet.

EMC-compliance tests are commonly done off-site prior to the production of a device. Open-air test sites, or OATS, are the reference sites used for most standards. They are especially useful for emissions testing of large equipment systems. However, RF testing of a physical prototype is more often carried out indoors, in a specialized anechoic chamber. Types of chambers include anechoic, reverberation, and the gigahertz transverse electromagnetic cell (GTEM cell).

Roughly 50 percent of products pass their first EMC compliance test when pre-compliance isn’t considered, so it’s essential to understand the process and standards a device is tested to in order to increase your chances of success.

How to pass EMC compatibility testing

For a better understanding of how a Tektronix pre-compliance testing setup compares to an EMC testing lab, watch this short video. 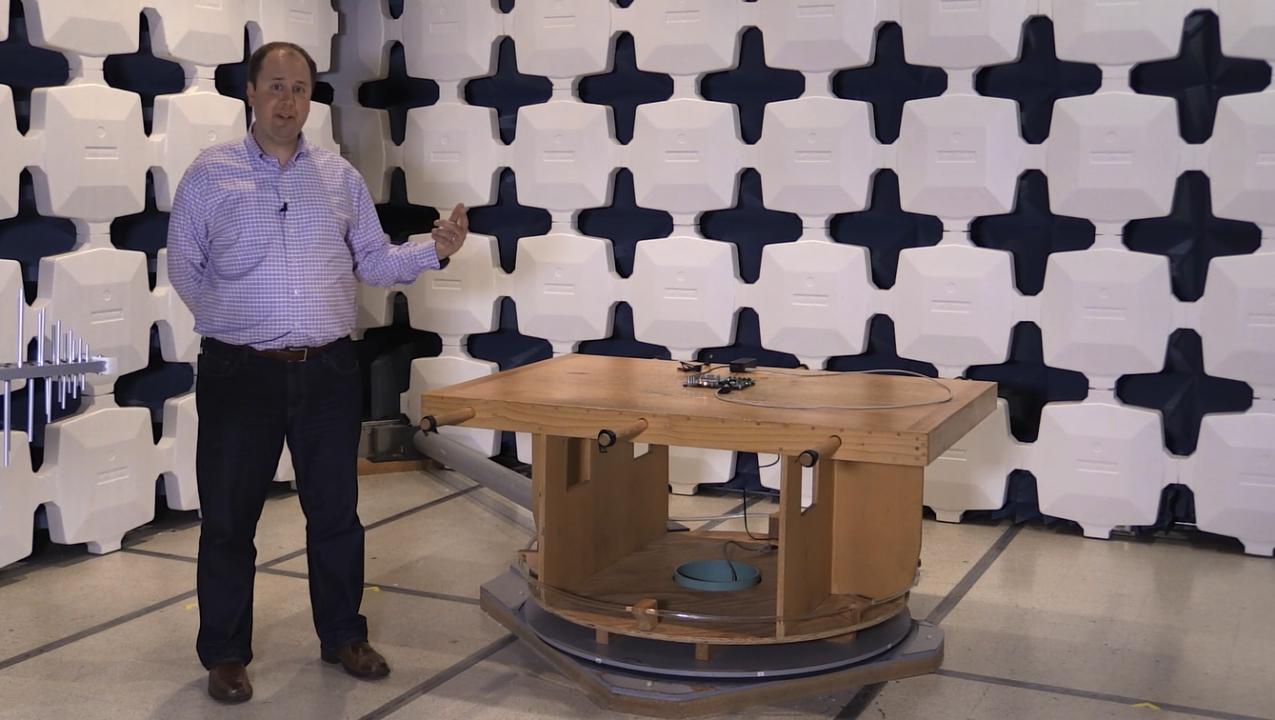 When selecting a test site, rural areas, conference rooms, and basements are good options because they minimize external signals that might mask the DUT emission levels you are trying to measure. Other considerations for improving accuracy include having a good ground plane and reducing the number of reflective objects around the test area.

Get an estimate of EMC testing costs and the saving you can realize when you set up an in-house pre-compliance testing solution.

Download this customer case study to learn how the fast-growing start-up Eggtronic used a Tektronix real-time spectrum analyzer to enable an extremely fast scan procedure to ensure their products adhere to EMC/EMI standards.

Download this application note to learn how to address common design failures early when the costs of a re-design are minimal.

Talk to an expert